Acuity In The News
Read the latest news about Acuity Insurance.
Acuity Named a Top Company in the Nation for Claims Service
Share
March 9, 2022 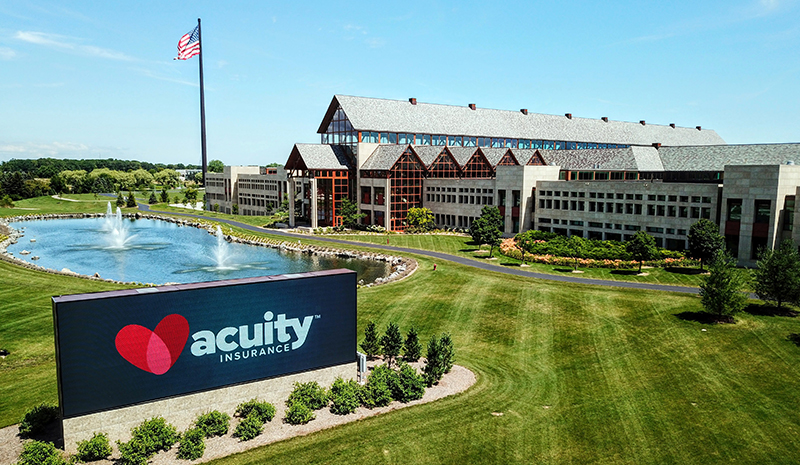 Acuity is named one of the best insurers in the country for claims service in the 2022 CRASH Network Insurer Report Card. In addition to being in the top 5 insurers nationwide, Acuity is ranked #1 in both Wisconsin and Minnesota.

CRASH Network surveyed over 1,100 collision repair shops across the country for its 2022 Insurer Report Card. Shops were asked to grade the claims service of insurance companies based on one question: How well does this company’s claims handling policies, attitude, and payment practices ensure quality repairs and customer service for motorists?

“Acuity consistently delivers great customer service and truly cares about its customers and the quality of repairs. They always use quality parts and always pay claims in full in a timely manner,” stated the manager of a Wisconsin repair shop in the report.

According to CRASH Network, shops say the best insurance companies don’t pressure them to cut corners or install lower-quality parts to save money and aren’t adding more administrative steps to slow down the repair and claims process. The report card also revealed that many insurers earning the highest grades from repair shops are regional insurance companies that “do not spend billions of dollars per year on advertising.” In fact, none of the 10 largest auto insurers in the country earned a better than average score.

“We are honored to again be recognized as one of the best insurers in the nation for claims service. People know they can count on Acuity,” said Ben Salzmann, Acuity President and CEO.

“Acuity cares for our family of customers, and that means being there for them after accidents happen or disaster strikes to deliver on our promise of protection. Being rated a top company in claims shows we are fulfilling our promises,” said Jamie Loiacono, Acuity’s Vice President – Claims.

Acuity Insurance, headquartered in Sheboygan, Wisconsin, insures over 125,000 businesses, including 300,000 commercial vehicles, and nearly a half million homes and private passenger autos across 30 states. Rated A+ by A.M. Best and S&P, Acuity employs over 1,500 people.